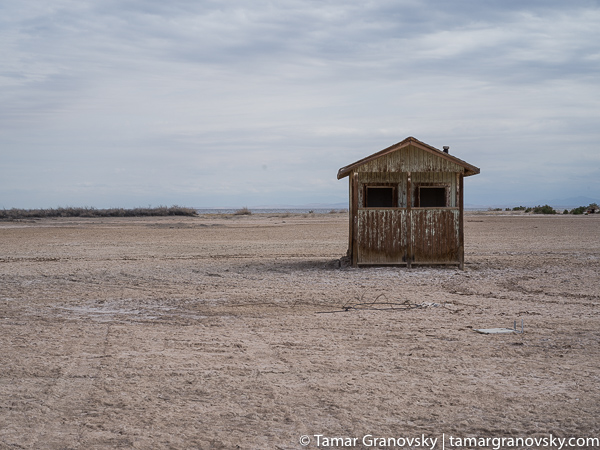 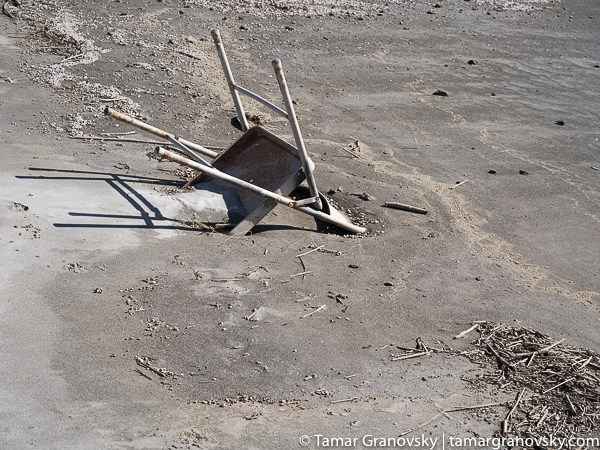 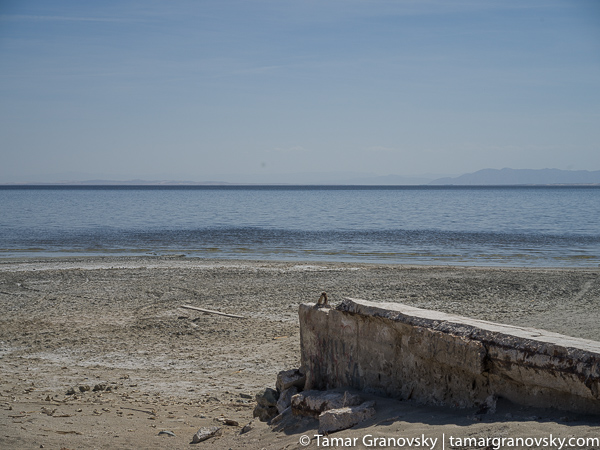 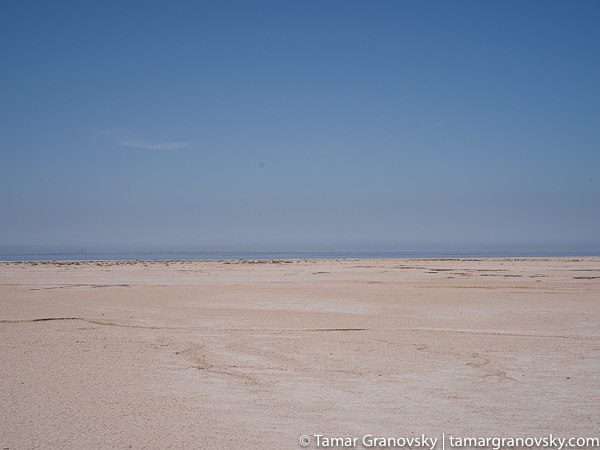 I am back at the Salton Sea. I have been here for two weeks and have less than a week to go. This past weekend I realised that blanks are filling in, on this project; it is a satisfying feeling. Another trip or two, to this area, and I should be able to say “that’s it!”  This place, right from the start, touched me. It will be odd to not have to return. In the meantime… there is still more work to get done. 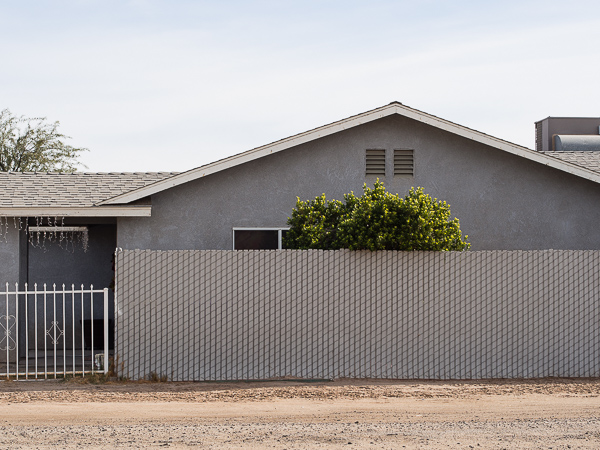 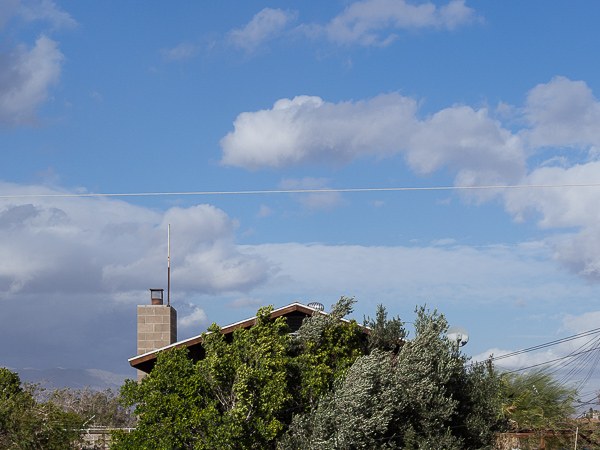 I am playing with an ongoing series of diptychs and triptychs of photographs, mostly shot in completely different places and/or years apart (and certainly not meant for each other), that seem to come into being when put together. The three pictures below are something of an exception to the rule and were taken during my last trip to the Salton Sea, in California, a few weeks ago. Not intended to be linked, jointly they come to life. 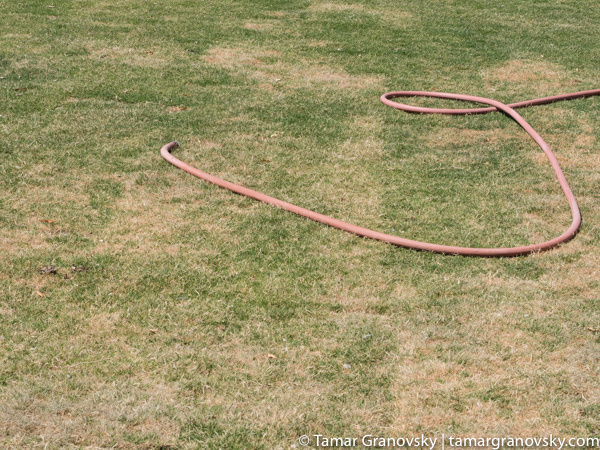 This past week I wandered off Route 86 onto the only paved road (not in a city/town) that leads to the Salton Sea – just past the Border Control station. That morning I hiked eight miles to and from the water; I spent the rest of the time photographing what little remains (without going off-road — a sedan does not cut the grade for driving in the desert; and on top of that, there *may* be unexploded ordinances in the area!) of the old World War II Naval Test Site.  This was operated by Sandia Base (later Sandia Laboratory) as a site for test-dropping dummy and live bombs; Sandia called this site The Salton Sea Test Bed.

As I headed back toward the “86” I noticed a Border Patrol truck parked at the edge of a date-palm field. Moments later, it seemed I was being followed; it took about three or four minutes before I was pulled aside. The officer asked me what I was doing down the road. Had I slept there overnight? How long had I been there? I was never asked to open my trunk (thus my smuggled Mexicans and meth remained undetected), my car was not searched, nor was my driver’s license asked for. He did request that I return to my car, however, because i had stepped out (foolish me). Once he’d convinced himself that I was not a risk to anyone or to myself, I had a chance to ask him a few questions.  It turns out that this is a common area for illegal entry into the United States from Mexico. Below are two articles I dug up on that topic (most of my findings had to do with people being stopped at this Border Patrol point – not after or before it…) :

And here are more photographs from the Naval Test Site: 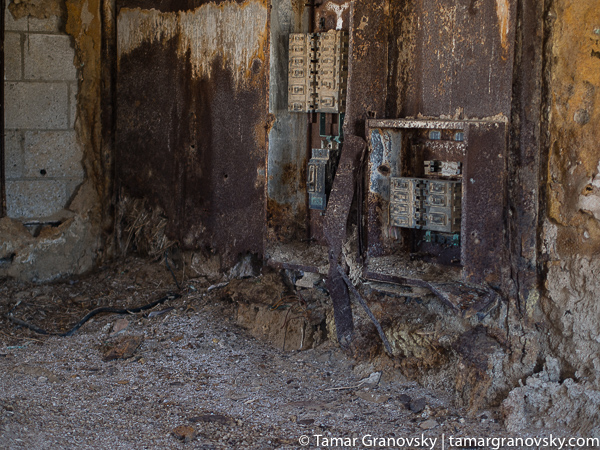 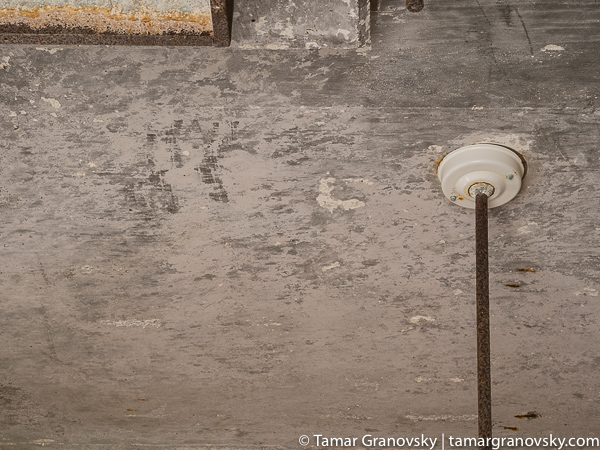 This past June I took a photo workshop with Gerd Ludwig at the Salton Sea in California. Little did I know beforehand, that this would be the start of a long-term project. I found a place that grabbed my curiosity in a strong hold; I wanted to dive right in. The idea that I can go back, over and over again, and pay close attention to this place so that I am more than superficially acquainted with it is thrilling. How lucky!!  It is an evolving process, a non-trivial idea, and utterly amazing that I can do this.

This project examines overlooked features of a desert that bares witness to the human touch. In 1905, the Colorado River Dam flooded a low-lying valley and created the Salton Sea. Up through the 1960s, real estate developers worked to make this the next Palm Springs and a magnet for movie stars.

They failed. Today the Sea – California’s largest lake – is polluted and near-dead. Fish carcasses rot along the shore, and have turned the Sea’s perimeters into oddly sanded beaches of their remains. The sea of hope quickly evaporated.

The Salton Sea is a part of an Americana whose culture is a world apart from the rest of the United States. Places like Bombay Beach and Salton City represent the decaying vision of the Sea’s hopeful future; Slab City is a hovel for squatters; Calipatria, and Niland are ordinary city-towns where the life-bloods are agriculture, solar farms, geo-thermal energy. 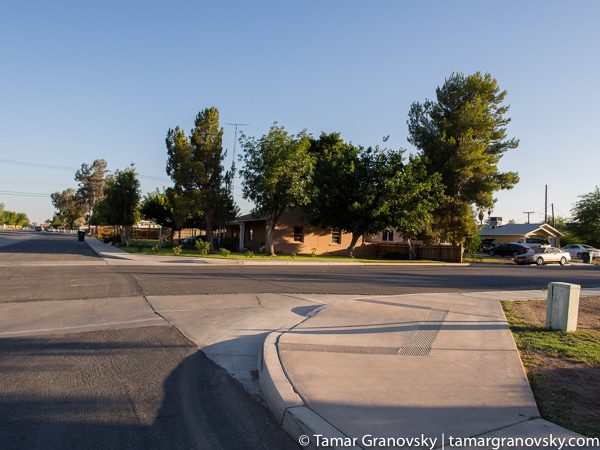 Silence, emptiness, banality, and “rawness” attract me to this environment. Everything seems to stare at you; the illusory unpeopled streets give me the sense of something invisible. Other photographers have been drawn to the fallen romanticism of the Salton Sea. My own photographs are less about this lost promise; the inescapable “hereness” of this desert landscape and its surroundings opens my eyes to the everyday and the richness of the prosaic. 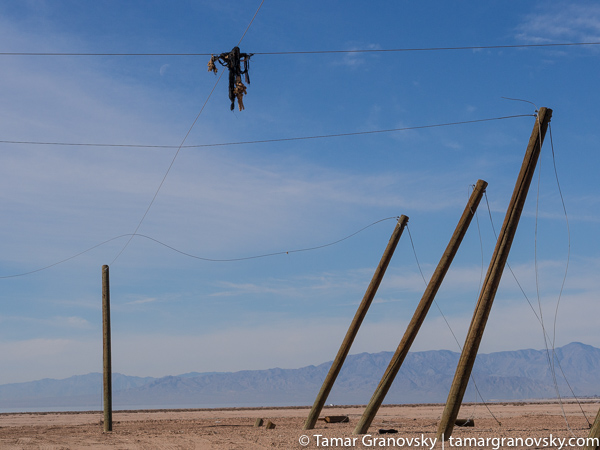