I arrived in San Francisco in the late afternoon of August 6and took a cab to Bernal Heights, where my cousin lives. She and I barely know each other so it is a complete pleasure hanging out with her, talking about ourselves, family, art, life, and just laughing together. On the first night we walked to the top of the hill and looked at the view of The Mission (just below us on the opposite side of the hill and behind Bernal Heights), downtown San Francisco, the Twin Peaks and the Golden Gate Bridge, Oakland, and Berkeley in the distance. Beautiful!

San Francisco Seen from the Port of Oakland

It is summer time but cool compared to the heat of the east coast in August. I am still getting used to wearing a sweater (or two), pants, socks, and shoes. When I wake up in the morning I cover my head with my “hoodie” to keep my body heat (what little there is) in. Soon I shall be out on the ocean waters heading to Hong Kong on a freighter ship – so I suspect this is a good transition.

The flora in San Francisco belong to an arid world and are made up of succulents and cacti and other magnificent native plants. As you fly into the city you can see that the desert is just outside San Francisco’s door but it still amazes me, each time I get out onto the streets, to see the lushness and diversity of plant life here.

I have been to San Francisco a number of times and am always surprised by the diverse cultures represented in this city. It is heart-warming to walk down the streets of Bernal Heights, for example, and be greeted with a friendly hello as I pass people of seemingly all races.  Boston, although changing, is, by comparison a fairly “white” and segregated city.

Choosing a place to eat in San Francisco can be overwhelming since the city offers one of the greatest dining “scenes” in any city I’ve visited in the United States. San Francisco dining presents you with everything from hip to unpretentious food, world famous to unknown restos, international to “American” fare, and cheap to expensive feasting. Selecting where to eat, if you do not decide to just land anywhere, can be daunting. The city is a food Mecca and I have eaten twice at a local Mexican joint (Taco Los Altos) in Bernal Heights, at the famous Zuni Cafe (with my sweet friend, Maxine), at Mission Chinese Food, at Pig and Pie and, at Bi-Rite Creamery for ice cream (they make an amazing vegan coconut cream sorbet for those of us who are lactose intolerant… or vegan)

As I write about food, and when I walk and eat in San Francisco I am very aware, as I was the first time I visited here, of the number of homeless people living on the city’s streets. According to the San Francisco Public Press, “A “homeless bill of rights” in California must wait until next year for a vote in the full Assembly after clearing its first hurdle.” The San Francisco Chronicle writes, “Ten years ago, San Francisco decided the way to solve its intractable homelessness problem was to spend millions of dollars a year to set up housing-and-counseling complexes for street people — and by many measures, it has been a success…” No matter, there are still too many people without a roof over their heads and there are multiple reasons for this. Some cannot afford rent (this past June, San Francisco was on the top five list of the nation’s most expensive places to live). They may not have a job or income. Many people have physical or mental disabilities and others may have a substance abuse problem. Additionally, there are many who do not necessarily live on the streets but instead end up in shelters, hospitals, “supportive housing,” or even jail. It is not an easily managed problem and solutions are often politically charged and there is, as well, a lack of support in social services. Here is a list of some homelessness related blogs.

It is difficult to add anything else after my thoughts on homelessness. All too sobering. Today, I will check out more of Bernal Heights and tomorrow I head to the shipyard to board my slow boat to China (the Hanjin Lisbon). 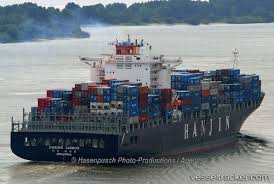 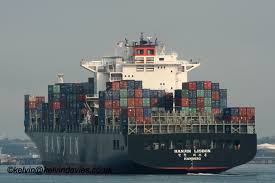 From the Marine Agent: “Vessel’s updated schedule is : ETA 0400/11 ETB 0630/11 1300/11 Passengers to board vessel AND ETD 1800/11.” If you are interested in tracking the ship just click “Current Vessel’s Track” on the left, under “Last Position Received.” Then, zoom out so that you may see where in the world the Hanjin Lisbon is:
http://www.marinetraffic.com/ais/shipdetails.aspx?MMSI=21172700

So alas, Sunday evening we set a sail! I will not have internet access aboard so shall be silent until after I disembark the ship in Hong Kong, at the end of August. Until then….

Note: There are no photos of San Francisco, as of yet, for this posting. This morning I spilled a cupful of hot coffee on my lap-top which is now kaput and being fixed. Photos will come some day…. after I settle into my new, temporary, life in Kunming.