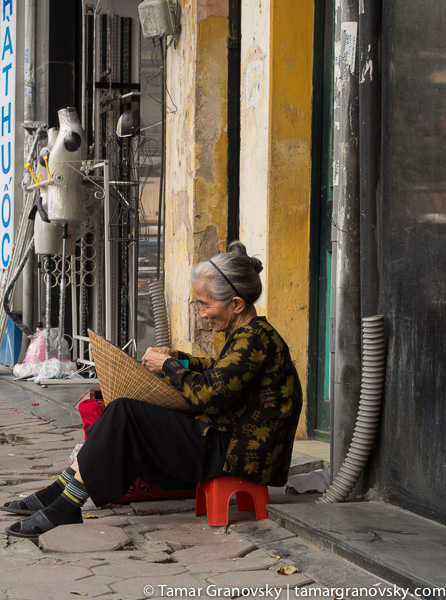 One day in Hanoi (and an unexpected overnight stay in Kowloon):

Unfortunately, because of a missed flight and some other factors beyond my control, my hoped-for week in Hanoi turned into a one-day trip.

My flight from Xiamen, China to Hanoi, via Hong Kong (HKG) was 5.5 hours behind schedule, due to poor weather conditions in HKG, and five of those hours were spent sitting in the airplane before it finally took off. I therefore missed my connecting flight and any opportunity to get to Hanoi that night. When we finally did arrive at the HKG airport my luggage was lost/misplaced – and found only 3 hours later. Dragon Air arranged an overnight stay for me in a five star hotel. I discovered, the following morning, that my room had one of the “stunning” views advertised on the website. I had the luxury of enjoying an all-you-can-eat breakfast (congee, dim sum, fresh fruit, and pain au chocolat) and then spent the rest of my time in my room, catching up with family and friends online before leaving at 11am for the airport and, finally, Hanoi. My long, tiring day of not getting where I was going did have a bit of a pay-off in the end!!

Hanoi is as I remember it from 2009 except that there are billboards all along the road from the airport to the city centre, and in the distance you can now see a few high-rises.  It seems as if the city has grown exponentially over these few years; even a new airport is being built. I was glad to see though, that the motor bike still rules the road, although there are now, more cars as well. I guess this is to be expected, in a “developing” country.  It also seems that there are more karaoke bars than there used to be. I learned that in Vietnam, karaoke is a favourite, family, after-dinner pastime.

Hanoi (one of many food stands on the streets of Hanoi)

The old quarter is the compact centre of the city and is where I stayed. It is still the same crowded, disorderly place but now seems to have a more self-assured air about it. The wafting smell of meat cooking hasn’t changed, the streets abound with people and motorbikes, and it retains the vibrancy I remember. I love it! The old part of the city is still full of winding, narrow alleys, and the boulevards are tree-lined. The lake in the middle of town is still a place for locals to hang out and French colonial architecture makes its presence felt; both new and old buildings envelope you. All of these elements, combined with the proud and resilient spirit of the Vietnamese people, produce a lively city. After spending seven months in China, I had almost forgotten how amazingly friendly, open, spirited, and determined the people of Southeast Asia are. I was reminded of this both in Hanoi and in the Mekong Delta, on this trip.

Hanoi is a fantastically frenetic city where people work hard but know how to relax. I quickly discovered that I had not lost the knack for crossing the busy streets – even Dinh Tien Hoang Boulevard. I was in Hanoi for a little over 39 hours, so this time I was just wandering through, but I sat on small plastic chairs, ate street food, and felt comfortable and at home. The first night, I wandered into a resto stall – Bun Bi Nam Bo (for bun bo) – and, as I was eating, I suddenly realised that it had been my daily go-to breakfast place when I was here  with my friend LP, in 2009. Talk about weird. I had no idea when I first entered but it looked strangely familiar. I later checked my  photos from that trip and my hunch was proven right. 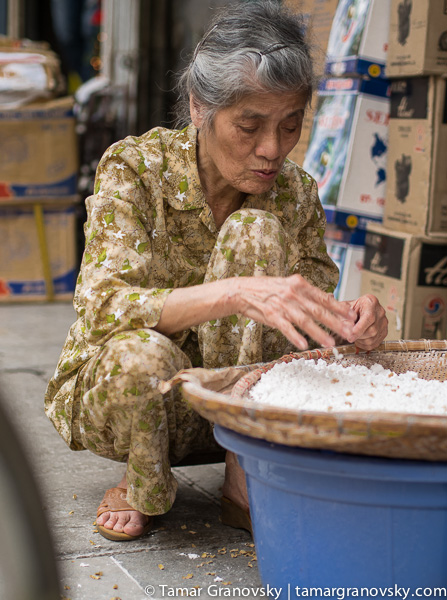 Eating Pho in Hanoi was a must, as was drinking ca phe sua da, and a mango shake (made of pure mango juice and nothing else). This is a city with a passion for food; the sound of people cooking and getting ready for a day of selling food starts early in the morning – before 6 a.m. – and ends late at night. Anywhere you stroll you will pass vendors on the side of road, in storefronts, or on their bicycles, offering fruit and vegetables, soups, baguettes, and more. Hanoi is also a cafe culture, whether you sit in a coffee shop or enjoy a cup with others, sitting on low, plastic seats on the sidewalk. I will never be able to do Vietnamese/Hanoi food justice so I urge you to look at the websites below to get a sense of what and where to eat. 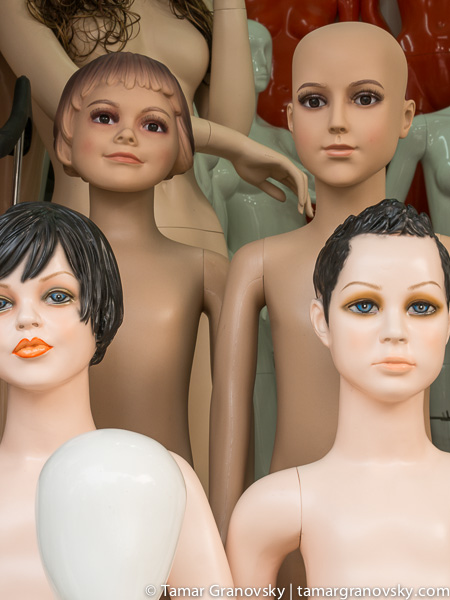 Of course if you want to, you may also eat at one of the many KFC’s, or MacDonald’s. You may also buy shoes at well-known Western stores such as Aldo and Bata. There is probably more of America here now than when I last visited and that, to me, is a shame. Nonetheless, Hanoi, once again, left only a good taste in my mouth and I cannot wait to return.

After another delayed flight, this time with 1.5 hours waiting on the plane at the gate, I finally arrived in HCMC  (commonly known as Saigon by locals) at 4:30 p.m., in time to meet my friend Nuc, a fellow CouchSurfer, for supper. My hotel received good reviews on Trip Advisor but I stayed in a windowless room (not for the first time in Vietnam) and, though it was comparatively clean, it was also more expensive than other places.

Nuc and I went for supper at Quan Dat –  a restaurant that specializes in south central Vietnamese food. We ate Banh Can (rice cakes with eggs, pork, shrimp and squid, that you wrap in fresh greens, then add cucumbers and green papaya, and dip in a variety of sauces (fermented fish; peanut; or fish and chili). Here is how you make Banh Can: 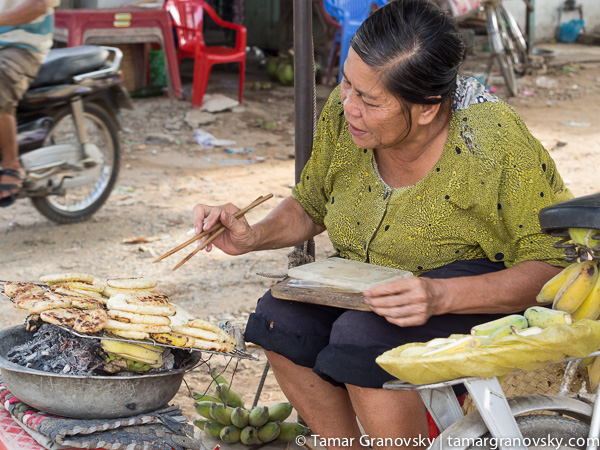 Why did the chicken cross the road? The real answer is – to get out of the way of motorbikes and bicycles. Apparently chickens do not care which side of the street they are on. They like to hang out wherever they feel like it  – even on the narrow concrete or dirt pathways all along the Mekong Delta. This is what I discovered after a few days of cycling these back routes with Vietnam Backroads.

This small company runs various cycling trips across the delta. Our group consisted of me, two brothers, originally from the UK, (who hadn’t seen each other for five years), and our tour leader. We cycled mostly back roads, passing coconut groves, fruit trees of all sorts (pomelo, banana, mango, guava, sapota, and more),  palm trees, and rice paddies.  We rode up and then down, over many short, steep bridges that cross the myriad of waterways in this area, and rode on some small ferries as well, to travel across the water.  The three of us had the opportunity to speak with a monk at a Buddhist Theravada temple, and went to the Cai Rang floating market outside of Ca Tho. We visited the Bang Lang stork sanctuary, where we saw what must have been thousands of both black and white storks, as well as the spectacular Tra Su Melaleuca Forest Nature Reserve.  Each day, as we cycled, we were greeted, seemingly out of nowhere, with a chorus of loud, happy “hellos” from hundreds of people we passed. Our guide, Dat, was stupendous; he is originally from a farm in the Mekong Delta, but because he is the youngest in his family, he got to go to school rather than work on the farm. He had studied tourism and because of his education and connection to this area, he was able to provide us with an abundance of interesting and detailed information.

All along the way, we saw men drinking coffee or tea together under the corrugated rooves of little shops. I asked Dat about this and he said that men in Vietnam tend to drink together, to talk about business and exchange farming tips. After I prodded and joked with him a bit, he admitted that business probably accounts for only about 60% of the conversations. 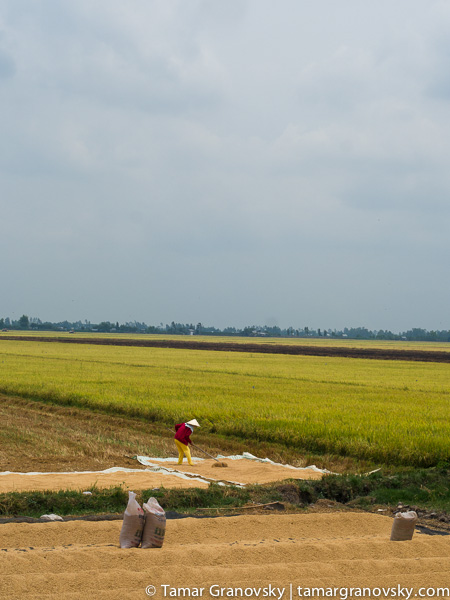 On one of the days, we passed by a home that was preparing for a funeral. We were invited to sit down for tea and pay our respects by burning incense at the alter. Typically, people are not invited to visit a house of mourning; they just drop by. In Vietnam, when someone dies, the surviving family stays at home for five or six days.  The body is washed and dressed, a chopstick is laid between the teeth, and rice and three coins are placed in the mouth to show that the person did not die of hunger or want. The whole body is covered with white cloth. The Khmer, who predominantly occupy the Mekong Delta, practice the tradition of cremation, whereas the Vietnamese bury family members who have died.

Mekong Delta (selling soup in Can Tho)

This trip did not afford me the time to take many photographs since I was too busy biking but I will end here by saying that the scenery was absolutely spectacular and I would both recommend and repeat this trip in a heartbeat.